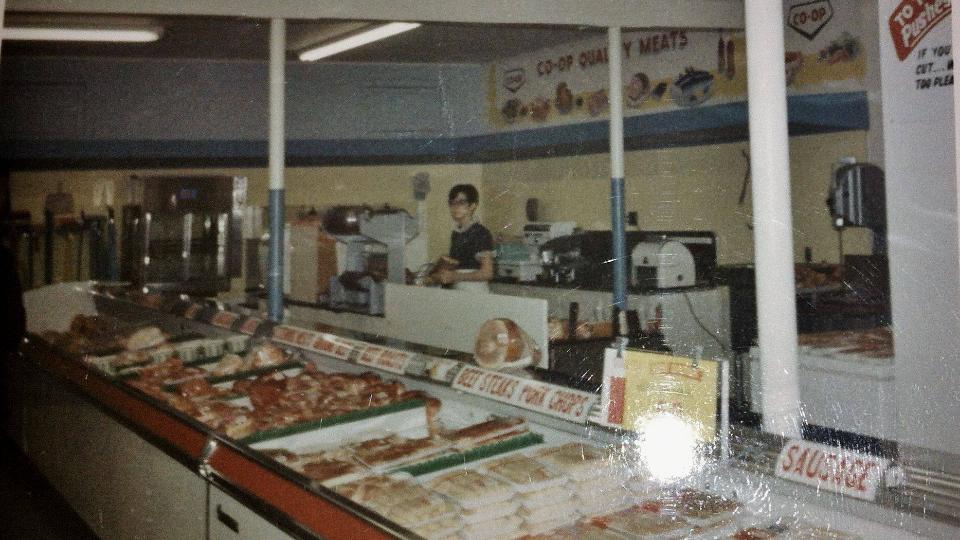 Co-operatives have a long history of serving members in Western Canada. In the early 20th century, people worked together to create retail co-operatives in many towns in the four western Canadian provinces (Manitoba, Saskatchewan, Alberta and British Columbia).

Four Rivers Co-operative was incorporated on August 2, 1944 in the town of Vanderhoof, BC under the Co-operative Act of British Columbia. Vanderhoof Co-op started as an egg pooling depot, food, coal, and feed operation and over the years added services and facilities and we now operate a modern shopping centre of 70,422 square feet, a gas bar/convenience store located on 1st street, a bulk plant/cardlock located along highway 16 and a mini-storage facility.

The Co-op Mall houses a complete food floor with a full line of groceries, in-store bakery, fresh deli, in-store cut meats, fresh produce and a full line of housewares. Co-op's Administration department is located at the other end of the Mall beside Roshell's Restaurant with numerous tenants occupying over 22,000 square feet of the rest of the mall. They provide services that range from a drug store, clothing store, hair stylist and beauty salon, insurance services, new and used goods and t-shirt embroidery shop.

On April 15, 2014 we opened our new Home and Agro Centre in Vanderhoof, BC. This new 23,500 square foot facility now incorporates our hardware and building materials departments all into one operation under the same roof. This department offers a full selection of building materials, hardware products including seasonal items, major appliances, complete selection of floor materials, agricultural and animal health products along with fertilizer including mini-bulk bags.

Previously the building materials department was in its own building at the East end of this property while the Hardware department was previously located in the Co-op Mall. From 2012 to 2014 we have invested over $6 million in re-developing our Home and Agro operations which includes this new store, new building materials storage warehouse, new agro chemical storage shed, new pole sheds, new fencing and new paving. We are excited that all these projects are now complete and look forward to serving our members out of these new facilities for many years to come.

In 2012 we built a new Agro/Hardware and Convenience Store in Quesnel that is located on the same site as the cardlock at 1280 Quesnel-Hixon Road. This building replaces the old agro centre previously located at 1218 Highway 97, Quesnel, BC.

Our co-operative also operates 4 petroleum bulk plants located in Vanderhoof, Houston, Prince George and Quesnel with a fleet of 16 petroleum delivery units and 2 lube delivery units. In 2014 we sold over 170 million litres to our members.

Over the years Four Rivers Co-op has amalgamated with other retail co-operatives. In 2001 we merged with Houston Co-op, in 2004 we purchased the Terrace Co-op Cardlock when they shut down the rest of their operations and in 2008 we completed an amalgamation with North Cariboo Co-op in Quesnel.

In 2016 our Board of Directors felt the time had come to change the legal name of our co-operative, to include our broad geographical area and our diverse membership, and created a contest in which our members could submit their name suggestions. The Board of Directors presented the name they selected from the more than 160 submissions received to the membership at the Annual General Meeting on April 24, 2017 and received an 86% approval rate in favour of changing the legal name of our co-operative.

Effective May 11, 2017, we are now Four Rivers Co-operative and our operations have grown with expanded services to our members throughout the North Central Area of British Columbia.

Construction on our first Gas Bar/Convenience Store/Car Wash in Prince George began in the summer of 2017 and on February 9, 2018 its doors opened to welcome new members, and provide service to the city of Prince George. The grand opening celebrations happened on June 7, 2018, beginning with welcoming remarks from MLA Shirley Bond, Mayor Lyn Hall, Lheidli Tenn'eh Elder Ambassador Edith Frederick and Prince George Chamber of Commerce CEO Todd Corrigall. With many specials happening throughout the day, and fundraising efforts on behalf of Westside Acadamy, we felt welcome in the city.

In the fall of 2018 construction began on our first cardlock in 100 Mile House.  Over the months of construction, we received much positive feedback, and the community seemed eager to have us open the doors.  On January 14, 2019 we became operational and were immediately welcomed. 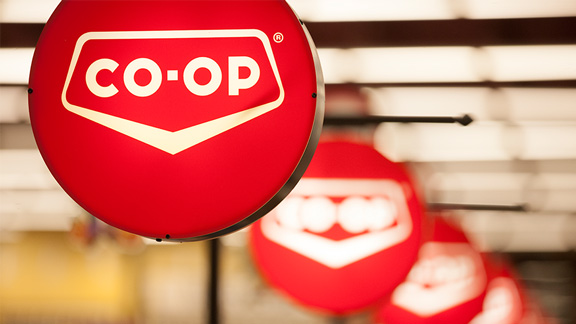 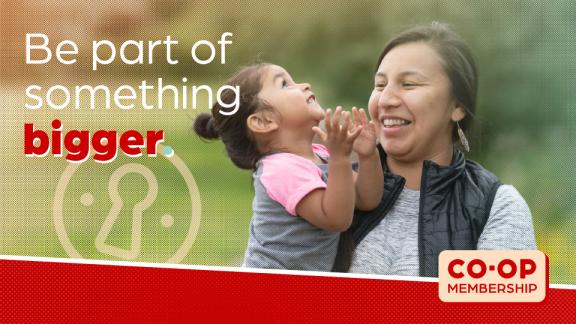